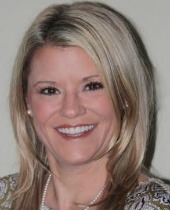 Born & raised in Rutherfordton, a small Western North Carolina town, Pheobe became a Charleston "local" in 1999 when she decided to call Charleston home. After building & purchasing her first house, she became fascinated with the real estate industry. Opting to forego medical school for a career in real estate, Pheobe knew she had made the right decision in 2004, when she joined the Charleston New Home Sales Market with a national builder.

When the economy & real estate market turned in 2008, many real estate agents left the industry all together. However, Pheobe took on the challenge & did just the opposite. She continued to work harder than ever returning to basic principles of helping others pursue the "American Dream"... home ownership. She soared her way to the top managing Charleston, Savannah, Columbia & then on to the Myrtle Beach market where she became the Vice President of Sales & Marketing.

As a dedicated leader & coach, Pheobe strategically built a successful sales team to take on the challenges.  Increasing sales by 30% during the downturn, she watched other builders barely stay afloat.  By sharing her "client first" strategies & teaching her team how to build partnerships & relationships in real estate, she endured a strong run with many years of sales success. It was during this success that Pheobe realized how much she missed working with clients one-on-one to achieve home ownership. So, in 2012, Pheobe said goodbye to the corporate world & joined her husband's real estate company, Infinity Realty. This positive change has given Pheobe not only more time with her family, but the flexibility to work with both buyers & sellers. And, most importantly, Pheobe is still doing what she loves most...mentoring & helping her clients achieve the American Dream.